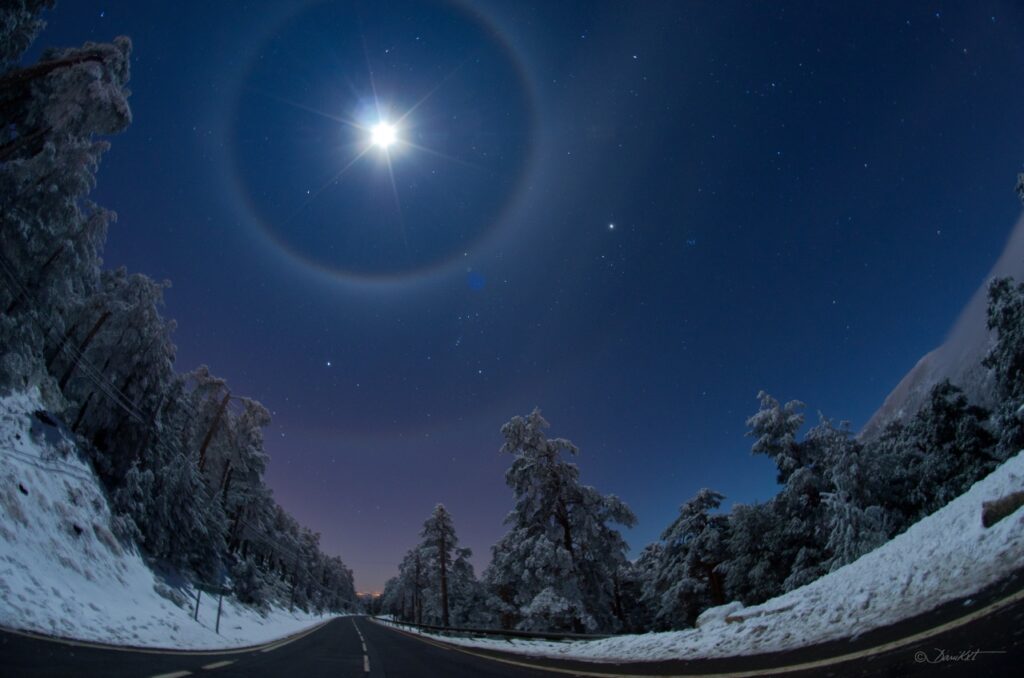 Explanation: Sometimes falling ice crystals make the atmosphere into a giant lens causing arcs and halos to appear around the Sun or Moon. One Saturday night in 2012 was just such a time near Madrid, Spain, where a winter sky displayed not only a bright Moon but four rare lunar halos. The brightest object, near the top of the featured image, is the Moon. Light from the Moon refracts through tumbling hexagonal ice crystals into a somewhat rare 22-degree halo seen surrounding the Moon. Elongating the 22-degree arc horizontally is a more rare circumscribed halo caused by column ice crystals. Even more rare, some moonlight refracts through more distant tumbling ice crystals to form a (third) rainbow-like arc 46 degrees from the Moon and appearing here just above a picturesque winter landscape. Furthermore, part of a whole 46-degree circular halo is also visible, so that an extremely rare — especially for the Moon — quadruple halo was captured. Far in the background is a famous winter skyscape that includes Sirius, the belt of Orion, and Betelgeuse — visible between the inner and outer arcs. Halos and arcs typically last for minutes to hours, so if you do see one there should be time to invite family, friends or neighbors to share your unusual lensed vista of the sky.