The US is criticized more heavily for its failures to uphold human rights because it was the first to come along and allege that we had them. Therefore, its hypocrisy when it fails to live up to the values it professes makes those failures all the more glaring. And again, I’m not coming to the government’s defense. I merely want to point out that before the US, poverty, inequality, indentured servitude, slavery, racism—all of these evils and more were the status quo, and no one really expected differently.

When we said, “We hold these truths to be self-evident, that all men are created equal,” the reality is that this principle had been self-evident to practically no one throughout thousands of years of history. When we said that all men are “endowed by their Creator with certain unalienable Rights,” it got people’s attention, and suddenly others began to agree. When we said humans are entitled to “Life, Liberty and the pursuit of Happiness,” it became a violation to impede such things. But make no mistake. These notions were not mainstream when our founders threw down the gauntlet with the Declaration of Independence.

As Barry Goldwater once said, “Extremism in the defense of liberty is no vice, and moderation in the pursuit of justice is no virtue.” 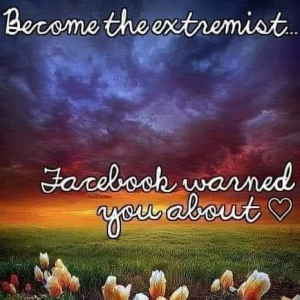